The Power of Tea

Humans have prepared tea leaves for consumption since at least the second century B.C. when it was originally used medicinally. Over the course of millennia, countless modes of tea preparation have emerged, and today, drinking tea is an integral part of the habits and customs of numerous cultures around the world. Whether it’s preferred with added sweeteners, spices, milk or with nothing at all, one thing all cultures can agree on is its numerous health benefits.

Our Sherpa Power teas are made from the highest-quality organically and sustainably grown tea leaves and herbs produced by our partner farmers in Nepal. One of our partners is the country’s first organic tea cooperative, Kanchenjunga Tea Cooperative (KTE), situated in the lap of Mount Kanchenjunga, the third highest peak in the world. They produce among the most healthful tea leaves on earth.

The timeless benefits of tea include:

The KTE tea leaves that we use are proof of the difference in quality that the organic growing process creates. For instance, it’s a well-known fact that green tea is incredibly beneficial for human health because it provides essential antioxidants to the body’s immune system. But the level of antioxidants in the green tea grown by KTE is shown to be higher than in tea from any other source. It also has lower caffeine content than other green teas, another healthy benefit for the body.

These differences in quality are likely due, in large part, to the soil at the KTE tea garden, which is exceptionally high in organic matter—9%, as opposed to the typical 4–5% found in most soil in the region. Farmers supplement the soil’s nutrients with other plant species—like neem, which produces nitrogen and acts as a natural insecticide, and vetiver, which helps control soil erosion and also provides an extra source of income for the farmers.

Interesting fact: Did you know that all types of tea (white, green, oolong, and black) come from the same plant? That’s right. There’s only one tea plant, Camellia sinensis, an evergreen shrub native to Asia. What distinguishes the different types of tea is actually when and how the leaves are harvested, dried, and oxidized. The longer leaves are processed and oxidized, the stronger their flavor and color tend to be. Along the spectrum, white tea utilizes the least mature leaves and most minimal drying processes, while black tea uses the most mature leaves and longest processing time. 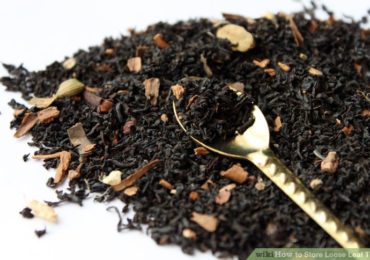 The Power of Tea

Humans have prepared tea leaves for consumption since at least the second century B.C. when it was originally used medicinally. Over the course of millennia, countless modes of tea preparation......