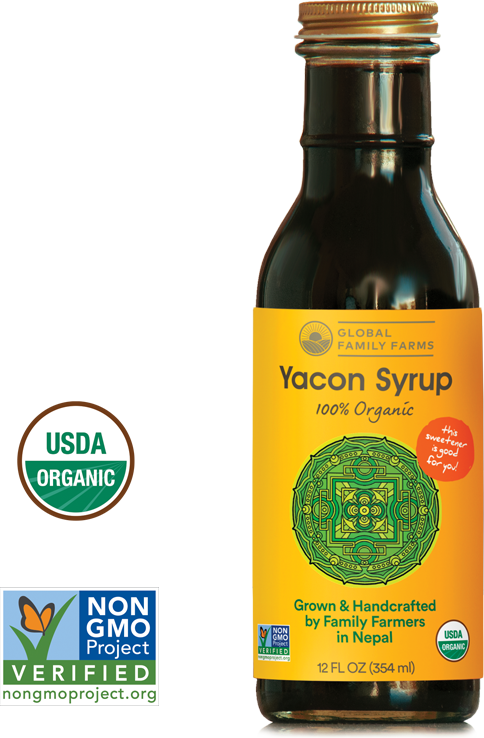 This sweetener is good for you!

Use Yacon to replace sugar and other sweeteners in desserts, smoothies or in your tea.

Yacon is low in calories, and has the lowest known whole food glycemic index.

Unlike other sweeteners, yacon is high in FOS (fructooligosaccharides), a family of prebiotics known to promote growth of probiotics (healthy gut flora, the microbiome) and support digestive health. 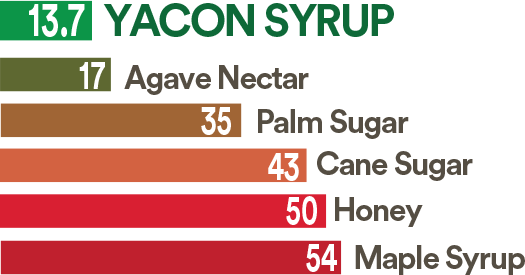 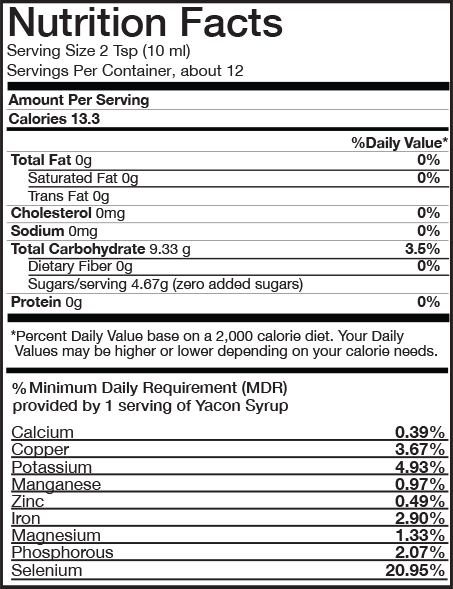 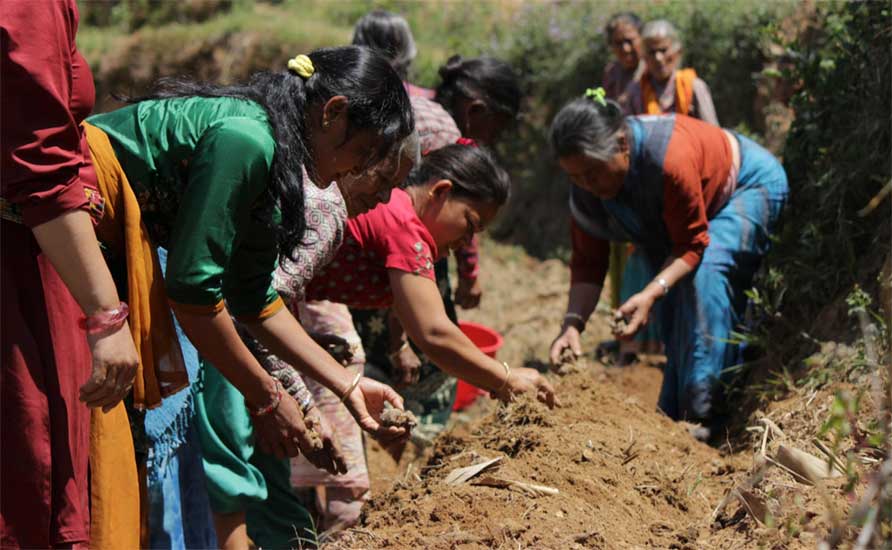 Yacon is a perennial plant found in Peru, Bolivia, Northern Argentina, as well as in Nepal. It is one of the many organic crops that Global Family Farms fosters, to create economic opportunities for communities in rural Nepal.

Once harvested, mineral rich juice is extracted from the yacon tubers and slowly heated to yield a golden brown syrup with a delicious, fruity flavor. Unlike other sweeteners, yacon is high in FOS (fructo-oligosaccharides), a family of prebiotics, known to promote growth of probiotics (healthy intestinal microbiological populations) and improve digestive health.

Yacon is also a low calorie, low-glycemic index sweetener, and therefore may be helpful to those with blood sugar sensitivities or metabolic syndrome. However, if you have such conditions, as always, be sure to consult your physician before using.

If you’re looking for a healthy dessert, this slow cooker apple crisp recipe is for YOU! It’s so easy to make and is full of delicious warming spices and seasonal apples. Plus, the crumble topping is bursting with healthy fats and fiber from the oats, nuts, and ghee. Vegetarian and Paleo friendly, too, with a savvy substitution.

I went with a mixed nut combo of pecans and walnuts and oats. Add just a little bit of anti-inflammatory cinnamon and a smidgen of organic raw coconut sugar, Yacon – a low-glycemic sweetener, and you’re good to go. 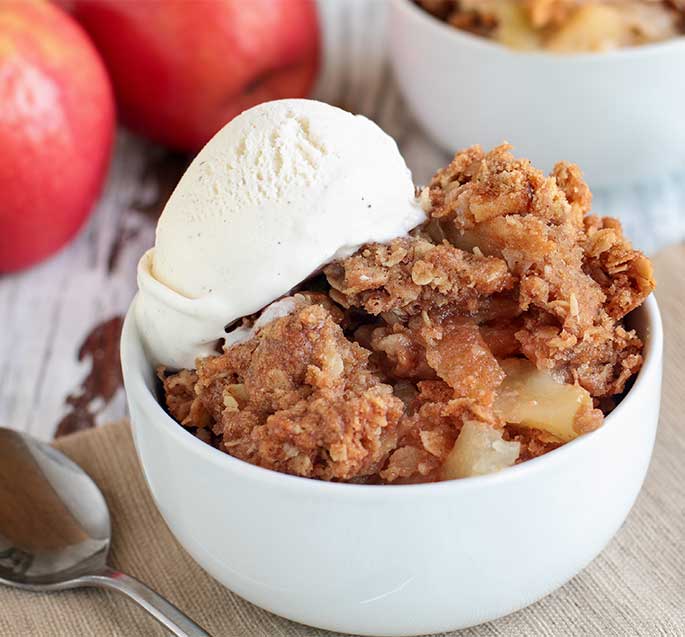 In a large crockpot, combine apples with spices, vinegar and cornstarch. Stir to combine.

Meanwhile, in a food processor, combine all of the topping ingredients. Pulse until coarsely chopped. You want it to be crumbly and well-mixed, but not too fine. Cover the apple mixture with the crumb topping.

Place a dishtowel over the top of the crockpot and cover with the lid. Cook on high for 3 hours.

Women for Human Rights in Nepal

Every purchase of Sherpa Power Peach Ginger Green Tea and all of our other products at Global Family Farms further benefit the people of Nepal through an organization that supports widowed single women in the country.

More about this product story